1. The temperature gauge reads hotter than normal when the engine is running
2. Antifreeze leaks and puddles beneath your vehicle (orange or green fluid)
3. A grinding noise is coming from under the hood of your car
4. Flecks or bits of rust start to show up in the antifreeze/coolant liquid
5. Steam or an odor similar to boiling maple syrup is coming from the engine

What is coolant, exactly? 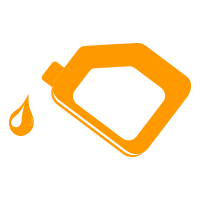 Coolant is commonly also called antifreeze. It is comprised of a 50/50 mix of ethylene or propylene glycol and water. Coolant/antifreeze is added to a vehicle’s cooling system, which circulates the fluid throughout the engine and radiator to prevent overheating. If your vehicle’s cooling system is functioning properly, it will effectively reduce the heat produced by the engine and keep everything running smoothly. Without regular coolant service, the cooling system may not function as it should, causing the engine to become too hot and cause damage such as warped heads, blown head gaskets, or even engine failure.

Coolant is also called antifreeze because, as the name suggests, it will not freeze even in extremely cold temperatures. As coolant keeps the engine from overheating it also keeps it from freezing up when left to sit in the cold. Frozen fluid may prevent your car from starting on cold winter mornings.

It is important to make sure that you have enough coolant in your vehicle at all times to stave off premature coolant system corrosion, as well. The best way to stay on top of potential problems with your coolant system is with regular coolant service as a trusted auto repair shop.

How often do I need a coolant service on my vehicle?

Most vehicles need a coolant service around 100,000 miles. Some older vehicles may require service more often, however. 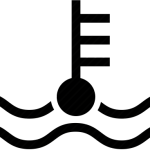 Yes, engine coolant does go bad. Older fluid may cause acid buildup, may become contaminated by rust or scaling, and may have reduced resistance to boiling and freezing. Deteriorated coolant/antifreeze may cause your engine to run hotter than normal or keep the engine from starting in colder temperatures.

Coolant service involves draining and refilling your vehicle’s cooling system with fresh antifreeze. During a coolant system service, your automotive technician will thoroughly inspect your radiator and your engine’s cooling system to make sure all is functioning properly. The tech will then remove all of the antifreeze/coolant from the radiator and replace it with new fluid. The purpose of the service is to remove deteriorated or contaminated fluid that may hinder your engine’s performance.

What is the difference between a Coolant “Flush” and a Coolant “Drain and Fill?”

In a coolant flush, a chemical is first added to the cooling system that removes debris and buildup from the system. A machine is then used to remove the old fluid and add new fluid. The machine pushes the fluid through the system at the same speed it would travel were the engine actually running.

A coolant drain and fill, or standard coolant service, is just that. The fluid is drained from the vehicle using gravity instead of a machine and the new fluid is mixed and refilled by hand. Auto repair shops have been performing coolant service via drain and fill method for years. Because no extra chemicals or expensive flush machine are used in this method, the cost of a drain and fill service is usually less than a flush.

Is it time to schedule an appointment?

If you haven’t had your coolant checked in the last couple years, if your vehicle is near the 100,000-mile mark, or if you’ve noticed any of the symptoms discussed above, it’s definitely time to schedule an appointment.